Meet Our Advisory Board 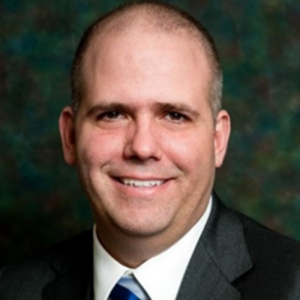 SeaBright. Mr. Boron was also the president of Delaware Life Reinsurance (U.S.) Corp. Boron served as a board member of Clear Spring PC Holdings, LLC, Clear Spring Health, Clear Spring Property and Casualty Company, Clear Spring PC Acquisition Corp., and Eon Health, Inc. Currently, Boron continues to serve as a board member of United Insurance Company and Kin Interinsurance Network as well as several other companies. Prior to his involvement with Clear Spring, Boron was vice president of risk management at SMS-Assist where he oversaw various insurance related initiatives. Mr. Boron had previously been appointed director of the Illinois Department of Insurance by the governor of the State of Illinois. Confirmed twice to this cabinet member position by the Illinois Senate, Mr. Boron regulated over 1800 insurance companies and managed an agency with a $53 million budget and 260 employees. While the director, Boron oversaw some of the largest receiverships in US history as well as the initial implementation of the Affordable Care Act. He holds a bachelor’s degree from the University of Wisconsin–Madison and received a Juris Doctorate from the Chicago-Kent College of Law. Boron brings over 20 years of industry experience including startup & C-level experience to Insureforce. 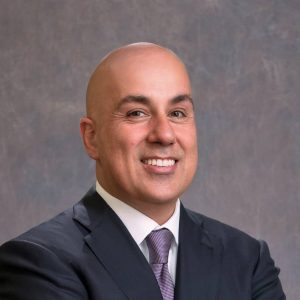 Pedram Salimpour serves as Chairman, CEO and co-founder of Pierce Health Solutions, a California based company focused on the creation of novel health delivery systems for large employers

throughout the United States. Pedram also serves as a three-time appointed Commissioner of the Los Angeles Fire & Police Pensions Board, managing over $24 billion in assets. In 2005 Pedram Salimpour co-founded CareNex Health Services, a healthcare technology organization specializing in neonatal disease management with presence in over 40% of Neonatal Intensive Care Units in the United States. In 2013 CareNex was wholly acquired by Anthem, Inc. In 2006 Pedram acquired Alvarado Hospital in San Diego from Tenet Health Care and co-founded Plymouth Health which owned and operated the medical center until 2010. In 2012, Pedram co-founded Boss Surgical Group, an ambulatory surgery center organization with locations throughout the US. BSG was acquired by Verity Health in 2017. Pedram has co-authored major grant awards from the National Institutes of Health as well as dozens of peer-reviewed scientific publications and was a co-investigator on the research that brought to market sildenafil citrate (Viagra). He serves as a member of the Dean’s Board of Advisors at Boston University School of Medicine, the Board of Directors at the UCLA School of Public Health, and is Chairman of the Board of Directors of the Discovery Science Museum in Los Angeles. A regularly invited speaker at national and international conferences, Pedram most recently served as keynote speaker at the Annual Scientific Colloquium at the Whitehead Institute at MIT. Pedram’s interviews and editorials have been published in the Los Angeles Times, the New York Times, GQ, Newsweek, der Spiegel, the London Daily Telegraph, and other publications throughout the world. Education Pedram attended Boston University School of Medicine, where he was named both an Alpha Omega Alpha National Research Scholar and an Alpha Omega Alpha National Honor Medical Society Member. He is the first ever two-time recipient of the American College of Physicians’ Research Award. His residency training was completed at USC Medical Center.
Read More Read Less 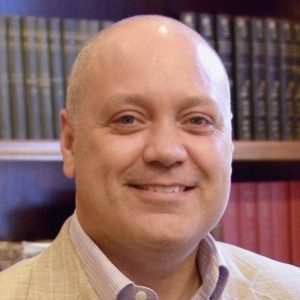 Michael Haley is an officer in the South Carolina Army National Guard and the husband of former U.S. Ambassador and former South Carolina Governor Nikki Haley. He served as the First Gentleman 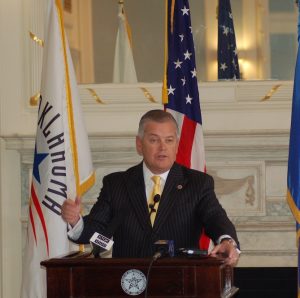 When he took office in January 2011, John Doak’s goal was simple: Do everything possible to improve the lives of Oklahomans. He’s done that with groundbreaking initiatives, fiscal conservatism and an unwavering

commitment to public service. Under Commissioner Doak’s leadership, the Oklahoma Insurance Department (OID) has transformed itself into a proactive and mobile organization. His team fans out across the state to educate citizens before disaster strikes and offers assistance after it does. OID employees have responded to tornadoes, earthquakes, wildfires and ice storms to help victims quickly recover from catastrophe. Commissioner Doak’s visionary efforts include hosting the National Tornado Summit, an annual disaster preparedness conference for insurance professionals, emergency managers and meteorologists. With more than 5,000 attendees over six years, it is the nation’s premier event for catastrophe response. His focus on disaster resiliency also earned him a trip to the White House to share best practices with experts from around the country. Other accomplishments by Commissioner Doak include holding the state’s first-ever rate hearing on earthquake insurance premiums, returning $46.5 million in unspent funds to the state treasury, attracting almost 100 captives to Oklahoma and hosting a Healthcare Innovation Summit that offered cutting-edge solutions to the country’s healthcare challenges. He has also testified in front of U.S. Senate committees seeking input on insurance fraud and the health care exchanges. Commissioner Doak is an active member of the National Association of Insurance Commissioners where he serves as chair of both the Antifraud Task Force and the Midwest Zone. He is also a member of several committees including Executive, International Insurance Relations and Property and Casualty of which is the former chair. Additionally, Commissioner Doak represents the NAIC with the Organisation for Economic Co-operation and Development and is a member of the FEMA National Advisory Council. Commissioner Doak graduated from the University of Oklahoma with a Bachelor of Arts in Political Science. Shortly after college he launched a successful insurance business in Tulsa. Later, he served as an executive for several risk and insurance service companies including Marsh, Aon, HNI and Ascension. Doak and his wife, Debby, live in Tulsa while their children, Zack and Kasey, attend college. They are members of the South Tulsa Baptist Church.
Read More Read Less 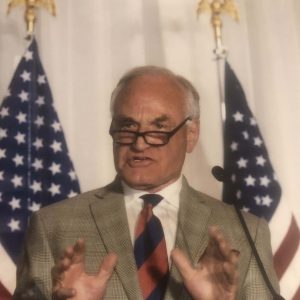 Barry Goldwater, Jr., is a successful influence in the public and private sectors due to his dynamic personality, hard-working values, tenacity and accomplishments.

Barry is the co-founder of NTG Consultants (NTG), which looks after insurance companies’ compliance, profitability and employee well-being by implementing solid thoughtful governance principles.  For the past 13 years, he has been working closely with state regulators, state legislatures, and governors.  Barry’s most notable clients include Guggenheim Insurance, Nationwide Mutual Insurance Company, Enstar Group LTD, and National General Insurance.

Eagle Picher, as the Government and Public Affairs officer, Barry promoted and enhanced the company’s involvement in local government and political affairs.  He created weekly meetings for 2,000 employees with local political leaders and created an employee political action committee (PAC).  He followed major legislation before the U.S. Senate Judiciary Committee.

Barry served as financial advisor to Hormel Enterprises, and was responsible for 31 corporate investments, either shutting them down or overseeing their life expectancy.

As a partner and institutional broker at Wedbush Noble, Barry’s client base included large banks, pension funds, insurance companies, and mutual funds.  In finding buyers and sellers, he crossed large blocks of stock on the New York Stock Exchange and generated substantial profits for Wedbush Noble.  He helped syndicate and served as General Partner in tax-advantaged investments, generating three-quarters of a billion to the syndicate.

During Barry’s 14 years in the U.S House of Representatives he had many accomplishments.

Mr. Carlos brings over 25 years of healthcare experience in various executive and entrepreneurial roles. Currently, he serves as President and CEO of Clear Spring Health, a consumer centric health insurance

company dedicated to the Medicare space.  Mr. Carlos developed the company’s initial business strategy and is leading its rapid growth via successful Medicare licensure, geographic/product expansion and multiple acquisitions. Previously, he was founding CEO of Symphonix Health Insurance, a national Medicare Part D insurer that he built from start-up to over $2 billion in annual prescription drug sales within three years of founding the company.

Prior to that, he served as President and CEO of Destiny Health Insurance Company (now The Vitality Group), an early stage consumer directed health insurer. Mr. Carlos transformed the business from a risk taking insurance company into a nationally recognized, premier wellness services company. The Vitality Group boasts one of the largest wellness networks in the United States fully integrating health clubs, devices, diagnostic testing centers and rewards. Its platform is built upon health plan claims data and  behavioral economics linking member activities to outcomes. Mr. Carlos led the Vitality Group through operational, product and distribution development and a successful sale to a large health organization earning multiples of invested capital.

The Vitality Group and its corporate clients have won numerous industry awards for innovation and outcomes while serving millions of members in the US.

Mr. Carlos’s prior experience includes nine years with Aon, where he served in various leadership roles, including as chair of the national actuarial practice council and member of the executive committee helping set global strategy for Aon Consulting.

Mr. Carlos earned a B.S. in Actuarial Science from the University of Illinois and is a Fellow of the Society of Actuaries.

Subscribe for updates from Avance Health and our wellness platform.